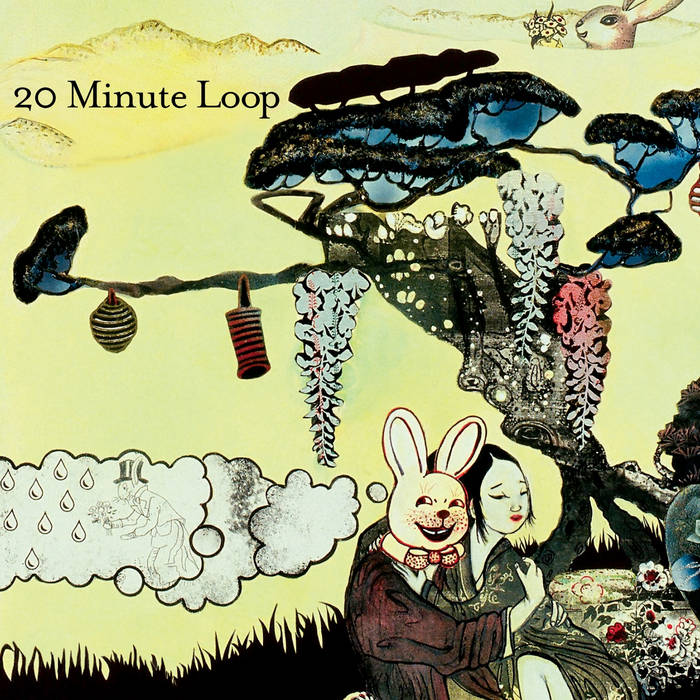 Jimmy Ether 20 Minute Loop are/were (unfortunately) one of the most unrecognized sources of brillance in San Francisco. All their albums are fantastic. This one was a grower for me, but now it may be my favorite. Great lyrics. Relentless hooks. Amazing male/female harmonies. Just the right blend of pop and quirk. God, I love them. Favorite track: English as a Second Language.

Achtung! We are playing a reunion show on February 24th, 2012, as part of Noise Pop's 20th Anniversary! The show is at Cafe Du Nord, and you can click the link to the right (under "shows") to buy tickets!

Our new album... (dreamy sigh). Kelly, once again, gets credited with playing more than twice the instruments I played on this album. She even quizzed me on whether I really played "synth" (short for "synthesizer," don't you know), and I had to remind her that I indeed played a monophonic line on her Nord Lead for the song "Kirkbride Plan"... I think. I don't know why we abbreviate the word "synthesizer" to "synth." When you say it, it sounds like you're trying to push air between your front teeth to dislodge a piece of spinach. I prefer "the 'sizer." (RIP Robert Moog and Raymond Scott.)

So, this album has lots of polish, lots of hooks, but I hope it's fresh and unusual, too. We are no longer attached to Jim Greer's label Fortune Records; for no good reason, really, because over the last few years, he has been a huge help to us. We just wanted to change up, I guess, see if we could launch a record on our own (I suppose we have always done that with the exception of some important promotional and monetary contributions from M. Greer). The situation has always been pretty casual with Jim; he's more of a helpful friend than a ruthless label owner (although he once called me a "loser musician who's too old, too untalented, and too feeble to gain any kind of recognition in the music business--now put the clown suit back on and stop complaining;" otherwise, he's been pretty nice). Kelly sings and flutes with his hip-hop outfit the Rondo Brothers.

We recorded the basic tracks of this album at John Vanderslice's studio Tiny Telephone. It's really this tiny telephone you have to climb inside, but then it becomes a magical garden full of cotton candy bushes, chocolate rivers, and lollipop flowers. Scott Greiner, our engineer, couldn't find the patch bay for like an hour, and Nils was concerned about "confectionery melt" that might drizzle down the hot tubes of his amplifier, gumming up the works (this is beginning to sound sexual). If you put your hand in the forbidden honeycomb hive in the trunk of the sugar plum tree, the studio suddenly becomes a giant electric circuit board, and evil gnomes with blue lightning-bolt-shaped heads chase you around until your album sucks. So woe betide the tempted! John Vanderslice is a well-known musician, and a formidable songwriter in his own right.
-gg

Quelle Chris joins the show to discuss his most recent release, "DEATHFAME"